Despite not having close evolutionary ties, reptiles and amphibians are often studied together because of their similarities, under the term herpetology. Amphibians and reptiles (collectively known as herptiles, or simply herps) can be divided into two separate classes: Amphibia and Reptilia. Amphibia can be further divided into three clades: Gymnophiona (Caecilians), Caudata (Salamanders) and Anura (Frogs and Toads). The group Reptilia is also represented by three clades: Archosauria (Crocodilians and Birds), Testudines (Chelonians), and Lepidosauria (Squamates and Tuatara). (See table here).

The term "amphibian" is derived from the Greek word amphibios (a being with a double life). Living amphibians are the descendants of the first terrestrial vertebrates. There ancestors were lobe-finned fishes (Sarcopterygii) which first appeared more than 400 million years ago. The first fossils of four legged (or tetrapod) aquatic animals appeared 360 million years ago. This group of early animals are known as ichthyostegalians (demonstrated in the image to the left). Today, amphibians can be found inhabiting a wide variety of environments, remaining closely tied to water or moist microhabitats for reproduction. Amphibians typically start their life in fresh water and move on to dry land as adults. They are prone to drying quickly but some species have evolved spectacular adaptations which allow them to live in extreme environments, including deserts.
​
The term "reptile" is derived from the Latin word repere (to creep). The ancestors of modern reptiles appeared around 320 million years ago, these animals are also the ancestors of modern birds and mammals. These ancient animals were able to reproduce on land in the absence of water and had developed an efficient skin barrier that reduced excessive water loss through dehydration. This allowed them to adapt to a more terrestrial lifestyle. There are approximately 10,000 known species of reptile which have evolved into a variety of incredibly diverse forms and inhabit a huge range of different environments, from the oceans to the deserts. Reptiles are defined as having scales or scutes, lay land-based hard-shelled eggs and possess ectothermic metabolisms (cold-blooded). This definition excludes birds, which, although are classed as archosaurs alongside crocodilians, have traditionally been treated as a separate group of vertebrates.


Reptiles use their behaviour to regulate their core body temperature and have the ability to hibernate or aestivate in extremes of cold or heat, respectively. Herptiles are "cold-blooded" in the sense that they do not produce their own body heat. The term cold-blooded, however, is not an accurate one as they are able to warm their bodies by basking, more accurately they are ectothermic meaning they absorb heat from their surrounding environment (such as from the sun or on objects warmed by the sun like rocks). This term is an imprecise description as reptiles do produce low levels of heat through internal metabolic processes and some reptiles can produce their own body heat through shivering-thermogenesis. Reptiles may also be described as poikilotherms, meaning they have a variable body temperature which depends on the temperature of their environment. This too, however, is not completely accurate as some reptiles are able to maintain a relatively consistent body temperature within a very narrow band (+/- 2˚C). Because reptiles vary so much in their approach to thermoregulation, there is not a single precise term which can describe all their thermoregulatory abilities. Ectothermic is the most commonly used term as it is the truest description to hand. 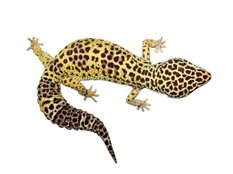 Pet Reptiles and Amphibians are increasing in popularity due to their wide availability. Before getting such a pet you have a commitment to research first as each individual species will have its own specific requirements, if you fail to meet these requirements it may result in ill health and eventual premature death. You should also check for a veterinary surgery in your area that is able to treat reptiles and perhaps join a herpetological society such as a reptile forum (e.g. reptileforums.co.uk /tortoiseforum.org /theamphibian.co.uk /captivebredreptileforums.co.uk /ssnakess.com etc...) as there will come a time when you will want to seek advice. It is good practice to put aside some money for emergency vet costs if needed, as you also have a duty of care and should make every effort to resolve any medical complaint that may arise. “I can’t afford it” is an often used excuse for neglect, precautions to have money on hand for such emergencies is a must.


Many reptiles in captivity do not reach adulthood due to inadequate husbandry. Frequently new and uneducated owners make poor choices for enclosures, environmental temperature/humidity as well as food based on items that are sold in pet stores and advice from outdated text, well-meaning friends and “breeders”. Decisions are sometimes also guided by a wish for enclosures to look aesthetically pleasing without knowledge of species-specific needs or behaviours that should be considered when making choices concerning substrate, heat, light and humidity sources. It is extremely important to consider necessary enclosure size and husbandry issues such as light, temperature gradient, humidity (or lack of) adequate hiding and need for artificial full-spectrum light.


You should also make yourself aware of the species life span and decide whether you are willing to commit yourself to the care of the animal for this length of time. Some species can live for 20 years such as Leopard Geckos, Corn Snakes and Blue Tongued Skinks, some for considerably longer with a lifespan that may rival a humans. You should also place serious consideration into how large the animal will grow and decide if you have the space to accommodate the animal once it reaches full size. Furthermore, some species of reptile require complex and specialised care so you need to be sure that you are ready to commit yourself to provide for this care for the remainder of the animals life. Some reptiles are also carnivorous or may have expensive feeding requirements so when purchasing a pet reptile, do first consider the cost of feeding and whether you are able to feed insects or other animals to your pet as required.


For beginners you must be aware that some species are more suitable as a first time pet reptile than others. For
instance, a Tokay Gecko may look very attractive but it is not recommended to beginners because of their aggressive nature. Some species also require very specific care in which basic knowledge will not be adequate. The most popular species which are more suitable for beginners include the Leopard Gecko, Bearded Dragon, Blue Tongued Skink, Corn Snake, Ball Python, Hermann's Tortoise, Horsfield’s Tortoise, Red Eared Slider and other such tame and hardy species. Snakes are perhaps the best animals for beginners, requiring less maintenance and do not require supplementing or a complex feeding regime. Lizards are a close second but have more complex nutritional needs than the snakes (varied diet and vitamin/mineral supplementation). Turtles and Tortoises perhaps require the most maintenance out of all the reptiles considered suitable for beginners.
References


Image of the leopard gecko taken by the author