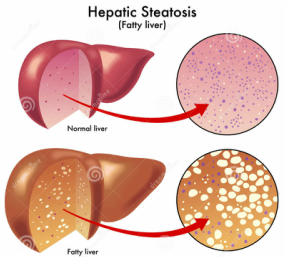 Protects red blood cells and helps prevent destruction of vitamin A and C.

This disease can cause steatitis (yellow fat disease) and mostly affects aquatic reptilian species (such as crocodilians and chelonians) that have been fed a diet consisting mainly of fish with a high percentage of polyunsaturated fatty acids, e.g. fish like tuna, mackerel, mullet and smelt. Reptiles that have been fed mainly obese rats can also develop the condition because of the increased fat content of the prey animal. Polyunsaturated fatty acids use up the bodies vitamin E reserves. If the food animals were not stored appropriately, the fatty acids in the carcass can become rancid, contributing significantly to the disease. Clinical signs can be subtle, from anorexia to more specific signs, such as lingual ulcerations due to the hardening of the fat pad at the base of the tongue. Organs may adhere to one another causing the development of large tissue masses, along with necrosis of the liver and lesions on the skin. The skin may also become necrotic and slough due to the development of a condition called ischemia. Vitamin E deficiency may also result in cardiac or skeletal muscle weakness leading to myopathy and cardiomyopathy, death may result.

Hypervitaminosis E is very rare but may occur because of a reduction in fat metabolism or absorption due to lack of dietary green plant material for herbivores.

Supplementation with vitamin E and correct feeding techniques help prevent this disease. Excess oily fish or fish oil supplements should be avoided, and vitamin E supplementation has been recommended to reduce the likelihood of steatitis developing in reptiles fed on a high fish ration. Fish and other feeder animals should be fed as fresh as possible and a varied diet is further recommended.
©2014 Cat Read