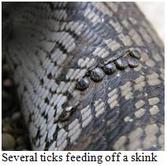 WC reptiles may have their place as breeding animals to help sustain captive populations but do not make ideal pets. These animals often harbour parasites and can carry a host of diseases. They tend to be highly stressed and rather aggressive, there are also feeding issues associated with Wild Caught and Captive Farmed specimens. These Wild Caught animals tend to be very cheap compared to Captive Bred animals but in comparison, the vet costs and after care will be far greater. Do enquire about the origin of a reptile before purchasing to avoid wild caught specimens. Sometimes pet shops will advertise their reptiles as being Long Term Captive (LTC), this is an arbitrary term applied to a wild caught animal that have been in a shop or private collection for a period of time. Unfortunately there is no rule determining how long this period is, or a legal need to display it. LTC could mean a week, or a year. Unfortunately in recent years, because of high demand for reptiles, collection from the wild is on the increase, this can be very damaging to species populations and habitats.

Royal Pythons (Ball Pythons) are one of the most common species to be Captive Farmed and have been imported into the United States and Europe from Africa for decades. The three countries that primarily export Royal Pythons are Ghana, Togo and Benin. Before it is time for wild females to lay their eggs, the local people go out and collect the gravid females in large numbers. They are then held in captivity until they have laid their eggs. Once the eggs have been laid, they are set up in large areas for incubation. Each year tens of thousands of Royal Pythons are brought into the U.S. these are the Royal Pythons that are commonly found in the pet trade. The quality of these animals can vary greatly depending on the farm itself. Some farms are little more than fenced off tracts of land filled with females of the appropriate species. A lot of CF animals from Africa, in particular Bosc (Savannah) Monitors, and Royal Pythons arrive in conditions no better than if they were WC.

CB animals are far hardier than wild caught stock, and should be the first choice for anyone looking to buy a pet reptile. They tend to be much better adapted to life in captivity and are resultantly much tamer, significantly healthier and tend to live considerably longer.
The Commercial Trade of Wild Reptiles and Amphibians
References